EP&M Online:  Response, Salemi to Darling, II
The L-Word and Other Matters:
A Second Reply to Robert Darling 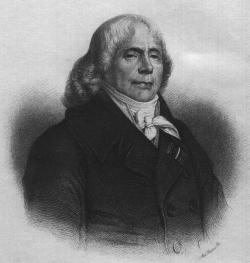 Poetry can be good or bad, mundane or sublime,
discursive or concentrated, wise or wrongheaded,
moral or immoral, religious or blasphemous, or
any combination of these or other properties.  The
one quality defining a work as poetry is that it
must be written in verse.

It seems to me that anyone writing something like that would have to believe  that a good poem praising Nazi atrocities is possible.  Or has Darling changed  his mind since the publication of that essay?  I guess that's the convenient  thing about being an "Enlightenment Puritan"--you can talk out of both sides of  your mouth on the same website.
This is what I meant when I said earlier that Darling is trying to straddle  the fence.  The above quote is as l'art pour l'art as you can get--extremely so,  since it defines poetry strictly in terms of verse structure.  And yet Darling has  the cheek to attack me for "extreme privileging of form over content," and for  taking a position similar to that of the 1890s Decadents.  Who the hell does he  think he's kidding?  The quote given above from Darling's essay is simon-pure  aestheticism, and could have been written by Theophile Gautier.  No--Darling's  positions (like those of all fence-straddlers) are merely tactical and designed to  keep him "in the middle."
This is why Darling is so anxious to triangulate himself between Diane  Wakoski and Joseph Salemi--as if she and I were dangerous extremists who have  to be pushed aside in favor of that broad band of open-minded, even-handed,  moderate, balanced, thoughtful types like... well, like Robert Darling.  lt's a  quintessentially liberal tactic: Disavow anyone with forthright opinions, and  position yourself in the middle of the road, wrapped in a fog of bien-pensant  benevolence.  This way you can stand up to the Wakoskis and pretend that you're  a big brave defender of tradition; and stand up to the Salemis and get kudos  from your colleagues for being "enlightened."  It's a pleasant little game, as  long as no one asks you the specific questions that I've asked Darling here.
Darling's silliest contention is that I'm trying to banish "meaning and  human intention" from poetry.  He knows very well that I said nothing of the sort.  Disliking didacticism doesn't imply that one hates all meaning or rational  statement.  The plain fact is that if one writes in a human language, using  accepted grammar, syntax, and inherited vocabulary, meaning will be inextricably  part of one's poem.  Such a traditionally composed poem can be a self-referential  work of art and still present coherent meaning to its readers.  Darling is  trying--unsuccessfully--to change the terms of this debate by confusing ethics  with meaning--once again, because he knows he's on shaky ground.  If a poet says  "The dawn breaks grey over the horizon" he is presenting meaning.  If he says  "We should all vote for Al Gore" he is being didactic.  Got that?
Darling complains that I left "unanswered" his assertion that the middle  class dislikes satire because they consider it non-serious, and not because it is  violent.  Well, my experience tells me otherwise.  The middle classes are a  gutless bunch, and are terrified of anything shocking or extreme.  That's why  they flock to malls, theme parks, and gated suburban communities.  It may be  true that as a group they prefer what they call "serious" poetry, since they are  still in thrall to the Arnoldian mindset.  But I know this: satire scares the wits  out of them.  They are frightened by anything that disturbs their perfect little  Martha Stewart cocoon.
While we are on this subject, let me say the following.  If Darling thinks  that "middle class" is purely an economic description, then he knows nothing about  the sociology of the United States, or even the developed world as a whole.  Middle class means an outlook, an attitude, an approach, an entire Weltanschauung, as the Germans say.  The whole drive of bourgeois life is not primarily towards  the accumulation of money (though that is one symptom of such a life), but the  development of a certain kind of self-image.  And that image is totally different  from the self-image cultivated by, say, an old-fashioned aristocrat, or a tough  ghetto street kid, or a Hasidic Jew, or a professional soldier.  It has nothing  to do with money.  The British royal family is immensely rich, but the whole  brood has been totally and hopelessly middle class since the accession of Victoria  in 1837.  As for there being a distinction between bourgeois and middle class,  well, that's the kind of distinction you grasp at when you're losing an argument.  Is this the best Darling can do?
I've saved for last a brief comment on Robert Darling's rhetorical  approach.  He prides himself on being a very careful user of language, and on  eschewing "propaganda" and "loaded terminology."  OK--so let's take a look at  a sample of the sort of language Darling uses when replying to my last essay: hysterical, rigid, narrow, propagandized, raving, overkill, decibel levels,  extremes, bogeymen, black and white, all-or-nothing, simple-minded.
You would think I had delivered a harangue at the Nuremberg rally of  1935.  Let any disinterested person read my three contributions to this debate  on EP&M, and then judge if those words are applicable to my prose.
I've been a teacher of rhetoric and a polemicist for over thirty years.  It's characteristic of liberals to use rhetoric that paints their enemies as  dangerous and noisy, and themselves (by implication) as sweetly reasonable.  You might even say it's the only rhetorical approach they know.


If menu is not visible at left, select BACK on your browser.