Skeltonics for Poets and Others 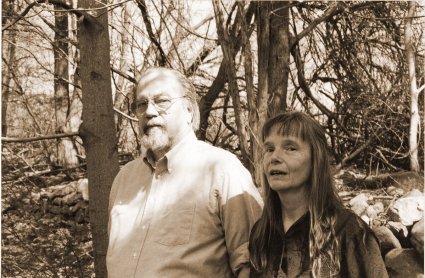 
DICK ALLEN is the author, most recently, of The Day Before: New Poems, published by Sarabande Books in April, 2003.  His previous collection, also from Sarabande, is Ode to the Cold War: Poems New and Selected.  Other of Allens new poems are forthcoming in Smartish Pace, Ploughshares, Tulane Review, The Texas Review, among others, and were recently in The Georgia Review and The Atlantic Monthly.  In 2001, he quit college teaching early (but was made a professor emeritus) in order to write poetry full time.  The Space Sonnets is a lifetime work.  Previous sonnets from it have appeared in Pivot, Image: A Journal of the Arts and Religion, The Years Best Spiritual Writing: 1998, The Formalist, The Kenyon Review, The Bible of Hell and elsewhere.


"The Lost Children Sequence" from Space Sonnets,  "Skeltonics for Poets and Others"
copyright © 2004 by Dick Allen.
They are not to be copied or distributed without the author's permission.