If you've missed Richard Moore, we hope this brief sampling (and more to follow later this month) will entice you to look for his work, or go to Amazon Bookstore online and purchase a copy. A talented performer, Moore is a far better poet, from the rich dramatic writing of Empires (1976) to the serio-comic writing of The Mouse Whole (1961;1997), Bottom is Back(1993) and No More Bottom(1991). Moore's critical essays, collected in The Rule That Liberates (1995), are also worth hunting down, as he has clear, well-researched writing on matters of great interest and significance to both poets and readers of poetry. As is true of the best of Expansive poets, he is both a narrative poet and a writer with considerable lyric gifts, which he expresses in solidly constructed meters, rhyming forms, and blank verse of a quality familiar in American writers perhaps only in Robert Frost (David Mason is another of these). Enjoy these poems.

Look for additions from Moore later this month, when part of the first book of The Mouse Whole will be reprinted here. Also, look for Richard Moore's books, including those shown below: 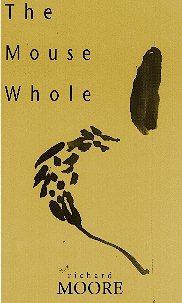